The bad news is the tournament is sponsored by PolyMet Mining Corp., and JT Haines of the Newspeak Review online site says that’s wrong.

Newspeak is asking viewers and fans of the largest high school athletic tournament in the country to help protest PolyMet by using an image on Twitter and Facebook.

The logo states: “Companies currently seeking controversial mining permits should not be advertising during the state hockey tournament.”

Writer Haines says PolyMet, which is seeking a permit to mine copper and nickel in northeastern Minnesota, is at fault for using a public amateur sports tournament to push its private propaganda.

How much do you pay each year for your mobile phone plan a year? On average, in the U.S., it’s more than 1K.

But a handful of start-up companies already have figured out a way to compete with the big boy Verizon types on the block. By offering a “wireless first” plan,  consumer messaging and calling costs can be slashed as low as, well, nothing.  FreedomPop, for example, already is free.

The news is gigantic Google, for better or worse, wants to enter the mobile sector and if they do, all hell will break lose with the prevailing pricing model. 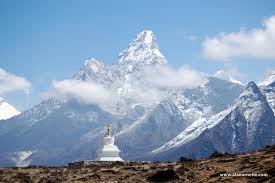 More than 4,000 humans have climbed Mount Everest since 1953, and not one has ever used a toilet.

In the process, biologically speaking, climbers have left behind tons of trash and even worse, poop.

Now the Nepalese authorities are cracking down on human waste accumulation, which can spread disease among other things. As many as 700 people try to conquer the world’s highest peak annually during the mountain’s two-month climbing season.

Ashes to ashes and cemeteries to forests?

Two Italians have proposed a rather unconventional way of burying humans in biodegradable shells.

Cemeteries take up space. Cremation requires an enormous amount of energy to reduce bodies to ash.

But what if the idea to bury a body in a biodegradable pod takes root? The burial process would be completed by planting a tree on top of the pod, which the family would nurture.

As you day dream at your office window while pining for spring, you’re doing what Norwegians might refer to as marka.

And then there’s “Skjerp deg, Kos(elig) and Takk for sist.”

The rough translation of these three Norwegian words? Pay attention, a cozy life is warm and fuzzy sort of, and thanks for the last time.

Have some fun and check out the words and what they mean, sort of.

CHEF JEFF: One Byte At A Time — Milt’s Meatloaf With A Twist

CHEF JEFF: One Byte At A Time — Fowled-Up Stroganoff